Let me tell a quick story that will tie in nicely. When I was 16, all I wanted for Christmas was a Discman. (It was the 90s).

All my friends had one and as cassettes were going out of style I thought I'd finally be cool. I'd be able to buy CDs instead of sitting with blank cassettes with my finger on the record button waiting for the DJ to play my favorite song, and for the DJ to STOP TALKING SO I COULD GET THE INTRO.

It was a different time.

So, Christmas morning, I came downstairs, and my dad handed me a box. He was giddy. Now, my dad taught weapons at West Point and was a corrections officer. He didn't do giddy, so obviously my anticipation started to build.

He then said, "This is what you wanted. I hope you like it!"

I ripped the paper and saw a box. I didn't even look at what the box said - I just kept on ripping. I was finally going to get the thing I really wanted ---- Dad was on the edge of his seat, trying not to smile (which was standard operating procedure), and I got inside only to discover that Dad and I had a clear misunderstanding.

I wanted a CD player.
He gave me a CB Radio.

I wish I could say I handled it well. But, I was 16, my hopes were pretty high, and so I ran to my room and cried for an hour. Not my proudest moment.

Now let's go back to this idea of the hierarchy of awesome.

If we are giving our dogs what we THINK they want, assuming that it's rewarding to them because we tell them it's rewarding, because it's a present from us, then we might be missing the mark. We aren't reinforcing anything at all.

So, how do we find out what is really rewarding to a dog?

We sit down with members of the household and figure out their top 5 favorite things. Is it rolling in goose poop? Is it playing chase? Is it chicken?  Is it chasing chickens? How about cheese sticks? Sniffing things? Digging? How can we use what dogs find rewarding to our benefit? Nothing is too gross or weird. Really take some time to think about what your dog truly loves.

Above is a video of me creating a hierarchy of awesome with my 7-year-old daughter, Acey. In it, we discuss how certain things we can use in specific situations, and how things (like marrow bones, which are highly reinforcing to Captain, might work well for duration behaviors, but not so convenient for taking out on walks). I then use an example from this morning as to how I used the game, "Find It", Captain's favorite thing, to get him distracted when "Leave It" wasn't working.

When I think back on that CB Radio, I learned a LOT about the idea of rewards. They are always in the eye of the recipient. I also learned to be gracious, but dogs don't need to be gracious. They'll tell you they don't like it (or don't want it right now) by walking away, ignoring you, all those things humans just are taught not to do. So we have to start thinking of what they like, what will they really work for, what is really rewarding to THEM, not to us.

Think back to Harry Potter books: When Ron was given yet another homemade sweater his mother made him, he was bored, or just embarrassed. Yet when Harry got one, he was elated! That sweater meant he had a family. Identical gifts, one recipient rolled his eyes - the other was over the moon. 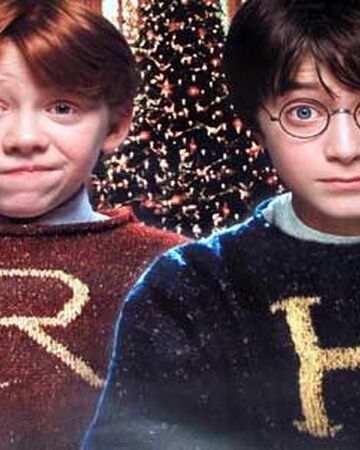 Funny epilogue: When I moved to Ohio to go to college, I owned a Ford Festiva. It was the size of a toaster and about as safe to drive as one. I did ultimately put the CB radio in the car for those long drives across the country to and from school. My college roommates superglued a whirliegig to the antenna in college, which at first really made me upset as I was trying to fit in, but ultimately I learned to love that little car and the stuck and also functional as I could find my shoebox car in a parking lot. Plus, it was fun to yell "Wheeeeee!" as I rode down the road knowing the whirliegig was spinning away. Not unlike the piglet from the Geico commercials.

So, take some time today and figure out the hierarchy of aweome for your dog. Every dog's list will be different. Captain's is in the video, but Sadie's would have been:

Frisbee
Ball
The other ball
Chase a cat
Squeak toy

(Which is why when we did nosework, we used a tennis ball for a reinforcer, not food).

For Zeppelin, our greyhound:

Email ThisBlogThis!Share to TwitterShare to FacebookShare to Pinterest
Labels: Training